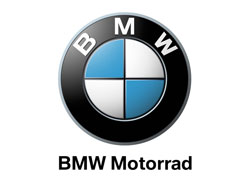 All BMW Motorrad's motorcycle production takes place at its plant in Berlin, Germany, although some engines are manufactured in Austria, China, and Taiwan. Most of the current motorcycles in BMW Motorrad's range were designed by David Robb, who was the company's chief designer from 1993 to 2012 when he was replaced by Edgar Heinrich.

In 2008, BMW introduced the DOHC Boxer HP2 Sport,and entered the serious off-road competition motorcycle market with the release of the BMW G450X motorcycle.

BMW Motorrad motorcycles are categorized into product families, and each family is assigned a different letter prefix. The current families are: